Emotions of a Soon-to-Be Empty Nester

I could not stop crying as I was facing the role of an empty nester.

Earlier that day, our oldest son, Grant, boarded a plane to Texas for his second semester of classes at Baylor University. Because of the pandemic, his semester break had been extended an additional two weeks. As a family, we celebrated the holidays, played cards, stayed up late watching movies, and laughed until we cried. While my heart had been full, my mind constantly reminded me that moments like these would soon be a distant memory.

My life, as I knew it, was diminishing – at least in my role as a mom.

I went from caretaker to supporter, and I didn’t like it one bit. My children are growing older and paving a path for themselves. College and career decisions are made with little guidance from me. Yes, I can offer my opinion (and I do), but it’s ultimately Grant and Connor’s decision on what path they follow. They will have to choose the best course for them, and I will support their choices.

I thought my heart was prepared for Grant leaving. In fact, my emotions remained in check when we got to the airport. No tears formed when he checked in, but my eyes did well up when we said, “See ya later!” The tears began to trickle down my face as I watched him go through security and disappear from our sight. 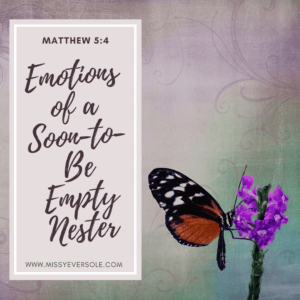 That’s when I began sobbing, and I couldn’t stop.

I cried on the twenty-minute car ride home. I cried when I walked through the door and into the void of Grant’s distinctive laughter. I cried when I sat on his bed in his empty room. I cried, partly because I would miss him and partly because my children didn’t need me as much as they once did. I cried so much, my husband and youngest son looked at me with concern.

When a friend texted Connor to see if he wanted to hang out at his house for a few hours, my sweet son jumped at the chance to leave the house and his crying mom. I can’t say that I blamed him. I would have gone too.

As the night wore on and exhaustion kicked in, the only reasonable thing to do was go to bed early and have myself a pity party. I flipped my tear-soaked pillow over and deeply sighed. I knew sleep would elude me that night. Replaying in my mind the days gone by, longing to live the life I once had, I mourned the role of mom as it used to be. As I shut my light off, my phone dinged. The Life 360 app was notifying me that Connor was home early from a friend’s house.

“What’s he doing home early?” I thought to myself.

I heard the door open, and his 6’2 silhouette outlined my bedroom door.

“Mom, are you awake? Can we talk?” The tone of his voice instantly told me something was wrong. He shared what had happened that night at his friend’s house as he laid down beside me. I listened, and then I prayed with him.

As we ended our conversation, Connor got up from the bed and turned to me, “I left early because I knew I needed to talk to you. I knew I needed my mom. Thanks for listening!”

With my heart full and the tears of sadness turned to joy, I knew that the Lord was at work.

He placed those words on Connor’s lips because He knew I needed to hear them. Our God is the Great Comforter even as our seasons of life change. In the Sermon on the Mount, Jesus spoke these words to the crowd, “Blessed are those who mourn, for they shall be comforted.” (Matthew 5:4) The comfort God brought me that evening was in the form of a 17-year-old boy.

I will treasure this night forever. It was a night where grief tried to overtake me, but the Lord brought reassurance that even though my role of motherhood was changing, my bond with both of my sons is stronger than ever. Once you are a mom, you are always a mom.

Wiping my tears away one last time before settling in for the night, my phone dinged with a text from Grant. “Love you, mom! Thanks again for everything!” And with that, I drifted off into a peaceful sleep.

Watching My Son Walk into School One Last Time

Five Things to Help Parents Prepare for the College Transition

My name is Missy, and I am a Child of the King, wife, and mom.

In October 2021, I released my first book, "Transformed, Not Conformed: Embracing a Life-Changing Approach to Spiritual Habits." 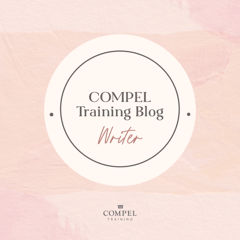