You are Seated with Christ!

Did You Know that You Are Seated with Christ?

During a battle, in ancient times, kings would often be seen pacing in stress. Imagine the king in his majestic clothes, wrought with worry, wondering if his army is victorious. When that news finally comes, he breathes a sigh of relief and sits down on his throne - signifying a victorious battle. The battle is over, and victory is his.

The Book of Ephesians, written by the apostle Paul, is full of war verses. However, he is not talking about a physical war. He’s talking about the spiritual battle that surrounds us minute-by-minute of every day.

Paul states in vivid detail that we are to take up the “Armor of God” (Ephesians 6:10-18). This isn’t just any armor, though. This is the Lord’s armor! Paul, more than likely, was referring back to Isaiah 59:15-19, in which Isaiah describes the Lord putting on His armor. What a glorious image this is! The Lord is handing over His armor for us to use in our daily lives.

But He does more than hand it over for us to use; these are a reminder that the victory has been achieved! In Ephesians 2:6, He reminds us that He is seated, that Jesus is seated with Him, AND THAT WE ARE SEATED WITH THEM!

The Lord is not pacing back and forth, worrying about the spiritual battles going on around Him or us.

Victory over the evil one has been declared, and he is defeated through the death and resurrection of Jesus Christ. Through His grace, mercy, love, and forgiveness, we are there with Him, seated.

We will have seasons in life when life is going smoothly before we hit a significant bump. That’s life in this sinful world! However, we can be filled with a sense of peace knowing that the battle has been won and we are sitting right beside God and His Son, our Savior.

“Armor up” friends, pray fervently, and remember the battle has been won!

Picture in your mind being seated with Christ and the Lord in Heaven. What are you feeling? What do you see? What can you do today to remind you of the fact that the battle has been won?

Heavenly Father, we praise you for going before us and declaring victory over the enemy! We will have trying days, so please instill in us daily to “armor up” for whatever we may face. The battle has been won. Victory has been declared, and You are the Lord of Lords and the King of Kings! In Jesus’s Name, Amen! 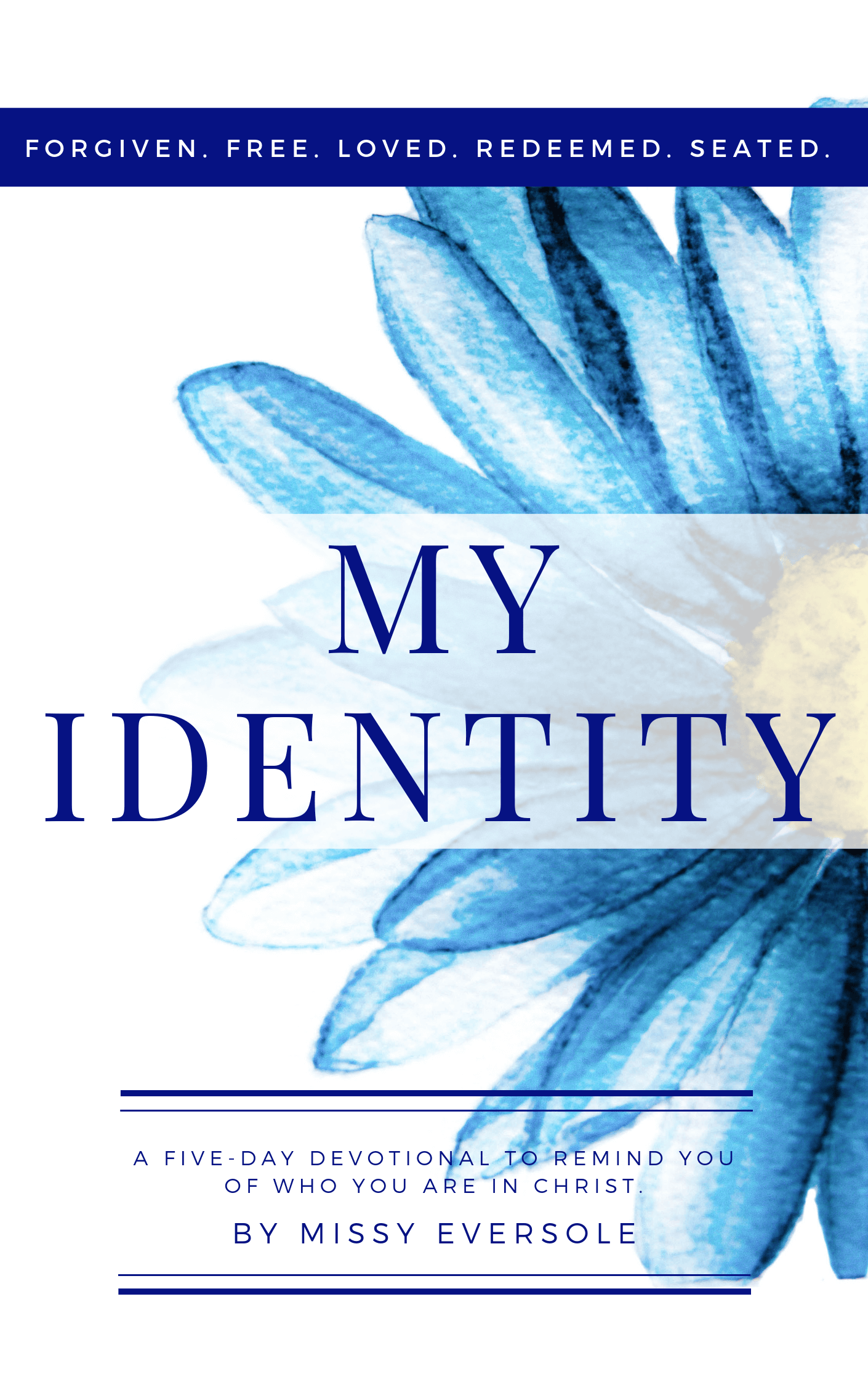 My Identity:
A Five-Day Devotional to
Remind You of Who You Are in Christ.

This devotional, along with four, others can be found in my new downloadable resource! We can get so caught up in our identities - those of what other people see - that we can forget who we are in Christ. Scripture after scripture tells us that we are forgiven, free, loved, redeemed, seated with Christ, and so much more!

I would love to give you this downloadable resource and a few other goodies when you sign up for my newsletter!

Signing up is easy! Just enter your name and email address in the form below. You will then receive an email with a link to download your 5-Day devotional. It's that simple!

As always, please email me if you need prayer. I've seen first hand how the power of prayer works, and I am committed to praying for others in need of it.