JUST STOP. It’s Time to Love and Not Judge!

Have you ever scrolled through your social media posts and stumbled upon what seemed to be an innocent post, only for it to be twisted and misconstrued by a commenter? It’s like a train wreck, and you can’t look away. Next thing you know 15 minutes of your valuable time is gone, all because you got caught up in the drama of the comments being posted.

…that is, until last month.

And I was the one who caused that wreck.

An Innocent Question – Or So I Thought!

Mistake #1 – Posting what I thought was a simple, noncontroversial question.

It all started as fun, family banter back and forth at the dinner table about a movie Craig and I had seen over 30 years ago. Craig and the boys had one view about it, and I had the opposite view of it. I, then, had the bright idea to set out and prove my family wrong. And what better way to do that than to post it on Facebook and tag all three of the males in my house.

What ensued after that still baffles me to this day.

I was judged and accused of promoting a rated-R movie.

Mistake #2 – I jumped on the judgemental bandwagon.

I’m not going to go into all the details of what was said, but I will say that I was also very judgemental that night.

With every response that the commenter made, my fingers were going as quick as they could to respond with my comments. Only to be met with this response from the Holy Spirit.

I would erase my comment and set my phone down, only to pick it up after I calmed down and responded in the nicest tone possible. It took every ounce of self-control that I had to do that.

Unfortunately, as this all was playing out, my children were also reading what was being posted because they were tagged in my initial post.

Now, not only was I on the judgemental bandwagon, but the boys also jumped on for the ride, too.

There is was again.

“Boys, we can’t talk about this, it’s judgemental, and we need to stop.” We were all in agreement; we needed to stop. And we did. 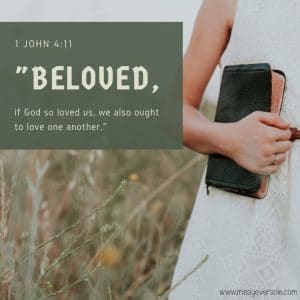 Be the Light of the World

We live in a society that is driven by high emotions, and if you don’t agree with someone, you can hide behind your keyboard and fire off some of the most judgemental, hurtful comments that a person could say. You aren’t comfortable to say it to their faces, but you are more than satisfied to say it on social media for the whole world to see.

What has our society come to? What right do we have to attack someone, let alone another believer publicly? What does this convey to non-believers?

We are supposed to be the “Light of the World” as Matthew 5:14-16 states, “You are the light of the world. A city set on a hill cannot be hidden. Nor do people light a lamp and put it under a basket, but on a stand, and it gives light to all in the house. In the same way, let your light shine before others, so that they may see your good works and give glory to your Father who is in heaven.”

How can we be a light of the world when we sit around with our phones in hand just waiting to pounce on someone because we do not have the same belief as they do? Or because they ask a silly question about a movie?

Are we really this petty?

This was a huge wake-up call for me. My actions and attitudes need to change because I am more judgemental than I should be. That evening not only brought out the ugliness in me, but it also brought the Holy Spirit in full force – a force so powerful that I can still remember it as vividly as if it happened yesterday. I am glad that this whole fiasco happened, because had it not, I would not have changed, felt the Spirit convicting me, been able to teach a lesson to my sons, nor been able to realize that we have got to love another REGARDLESS of differences of opinions.

My Challenge to You

My challenge to you is this: if you…

…Feel the need to ignore or engage in an argument with someone who doesn’t have the same political views as you do.

…Decide it’s a good idea to post your dissatisfaction with a product or service on social media and to tag that company in your rantings.

Start loving. Start having compassion. Start praying. Start understanding. Start enjoying life to the fullest. Start living the life the Lord wants you to have.

Will you take this challenge with me and start being a light to the world? Will you begin to love one another, no matter what their opinions are on politics, church denomination, music, food, services, products, movies, etc?

Those examples that I have posted above? I have either done them or thought about doing them at some point in my life, and I am not proud of it! It’s time for me to stop, to love, and to be the light of Jesus to others.

It’s time to love, not judge.

It’s time to be what the Lord commands us to do, love one another.