Weekend Inspiration – Counting All My Blessings

Happy Friday to you!

As I stated in my previous post, we are knee-deep in show week. Grabbing dinner at fast-food restaurants, driving through Chick-Fil-A for sweet tea and late night studying has been our routine for the last few days.

And you know what?

I wouldn’t change a thing.

In the midst of the craziness, the enemy has been trying to throw us off our game. Two of our three vehicles had issues that needed to be addressed by a mechanic, a traffic back up, and a surprise snowstorm during the morning commute were just a few of the things that plagued us.

The Lord’s hand was upon us in those situations, and His love and faithfulness blessed us.

And it all started with a warning light stating “engine power reduced,” on Grant’s car, which led to a trip to the mechanic and a fix that was covered by warranty.

A nail in my tire led Craig to the dealership to get it fixed and on his way to do that; he would be able to drop the boys off at school. They encountered a major traffic jam and sat in traffic for over 30 minutes. Had the nail in the tire not happen, Craig would not have taken the boys to school and Grant would have been driving in that mess of traffic.

And finally, yesterday, I was scheduled to sub in the morning at school. There was no need for both Grant and I to drive separately, so I drove us all in. The surprise snowstorm during the morning commute made roads treacherous and slick.  Had I not been scheduled to work, Grant would have been driving in that storm.

And that is why we are blessed!

What were little hinderances that the enemy tried to use against us, turned into blessings from the Lord!

This production is based on the Book of Ruth and is set around the Dust Bowl. The cast and crew have done a fantastic job with this production! It’s a touching, heartwarming story where you will laugh and cry. I am so proud of our son, Grant, who plays one of the hilarious farmhands. 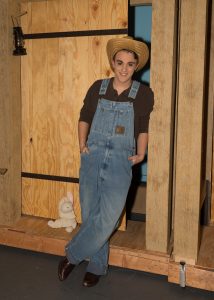 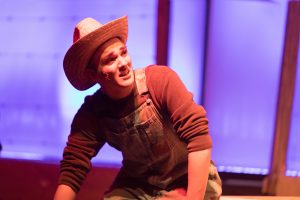 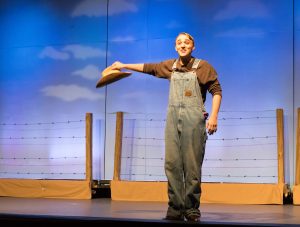 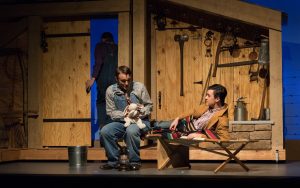 As we enter the week of Thanksgiving, I encourage you to look around and to see how the Lord has blessed you!

Have a wonderful weekend, friends!