Dear 2019, You Tried Hard to Knock Me Down, but Guess What? I Am Still Standing!

You thought you got the best of me. You thought you could bring me down. And just when I thought we were almost out of this valley of sorrows, you took one final blow to try to knock me off my feet.

I haven’t shared much of what happened to our family on the afternoon of November 19. Amid a busy week with our son’s drama production, I received a call from my dad. He seldom calls me, so I knew that something was wrong. On the other end of the phone was my distraught father, letting me know that my younger brother Troy, had passed away.

I knew that one day I would eventually get a call about Troy. He had been in and out of prison, rehabilitation centers, and halfway houses for over twenty years. Drugs had consumed him, and because of that reason, I had chosen not to have a relationship with him. The last time I spoke with him was on Thanksgiving 2017, with his promise that he would get a job and stay clean. That was a promise that he couldn’t keep.

With my mom passing away almost 11 years ago due to cirrhosis of the liver, what was once a family of four was now down to just two – myself and my dad.

“For You are With Me; Your Rod and Your Staff, They Comfort Me.”

Between the day of Troy’s passing and Christmas, I talked to my dad daily.

The stress of losing a son weighed on him significantly. Add in the financial burden that was brought on by my brother’s drug use and stomach issues that had been plaguing him for the last few months, my father left this fallen earth and ran into our Savior’s arm in the early morning hours of December 26.

In a matter of a little over five weeks, what was once a family of four was now down to one – me.

When people asked me how I was doing, only one word could describe it. 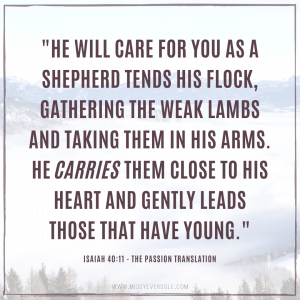 When I first started this blog, I knew that I would be sharing the good, the bad, and the ugly. As much as I would love to write about how rosy our life is – it’s not the truth. We aren’t perfect, nor will we ever be. Sure, there are parts of my life that I will not share. I have two teenage sons who would throw me an eye roll if I did that!

However, if my life story of the effects of drugs and alcohol abuse helps someone reading this, then it needs to be written.

Not soon after my brother passed away, someone asked what happened. I simply said, “It was a heroin overdose.” My oldest son, Grant, was with me, and the look on his face was a look of astonishment. “Are we just going to be blunt and say exactly what happened?”

Yes, we are. My brother died from shooting up heroin.

Here’s the thing, after I said that, over the course of two days, five people came up to me and said: “My brother, sister, uncle, fill-in-blank is an addict.”

Why, as Christians, do we hide the fact that we have an addict in the family? That is a great question and one that I will tackle in another blog post.

In the upcoming months, my posts will be honest. Yes, I will be sharing the highlights of 2019. We did have a pretty good year! Grant got accepted to his top college choice. Connor got his license and a deer.

Life was good, and life was hard.

We aren’t standing on our own, though. The Lord is holding us up. He is carrying us through our grief. He sees our tears and hears our cries. Despite sometimes feeling that the Lord may have left us to deal with hard times on our own, He has not left us, nor will He ever.

That needs to be repeated:

THE LORD HAS NOT LEFT US, NOR WILL HE EVER!

If you are in a season of grief, please email me. I would love to pray for you, and most importantly, I want to remind you that you are not alone!